Construction started last month on the Royal Navy’s largest ever submarine. The nuclear sub will be over 150 meters long, weigh 17,500 tonnes, armed with Trident missiles and have accommodation for 130 male and female crew. 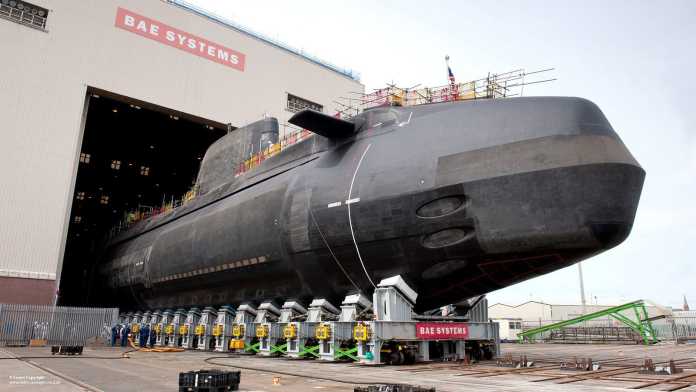 Several hundreds of suppliers are expected to be involved in the program at its peak, almost 95 per cent of those based across the UK – securing jobs from Scotland to the South of England, here at GBC Industrial Tools Ltd we are proud to be one of the suppliers to have made the cut.

The Successor project has now moved into the next stage, known as ‘Delivery Phase 1’, with manufacturing work beginning on structural steel work for the ‘auxiliary machine space’ of the first submarine: this contains switchboards and control panels for the reactor.

Defence Secretary Michael Fallon unveiled nearly £1.3 billion of new investment with BAE Systems, with some of the money being used on furthering the design of the submarine, purchasing materials and long lead items, and investing in facilities at the BAE Systems yard in Barrow-in-Furness where the submarines will be built.

At a ceremonial event at the BAE Systems yard – the home of British submarine construction – Mr Fallon began the work with a ‘steel cut’.

Defence Secretary Michael Fallon said: “Britain’s ballistic missile submarines are the ultimate guarantee of our nation’s safety – we use them every day to deter the most extreme threats.

“Along with increasing the defence budget to buy new ships, planes and armoured vehicles, this shows that this Government will never gamble with our national security.”

The staff at GBC are a friendly bunch who are always ready to help. And if they don’t know the answer they’ll always know someone who does! So, please get in touch.

We hire out too!

GBC are the leading supplier of rental pipework fabrication equipment and we have an unrivalled range and quantity of equipment available off the shelf; from pipe bevelling and cutting to tube pulling and expanding

What people are saying

“During the recent distributor training days held at GBC, I found the demonstrations very informative, easy to understand and will no doubt be beneficial when identifying opportunities. Also I would like to mention the professionalism and the friendliness of all the staff, everyone was very knowledgeable and informative regarding all of your exciting product range”

“Thanks to all the staff at GBC for their efforts throughout the term of our recent bespoke equipment contract. The additional hours worked, the commitment to quality from both the GBC UK office and GBC SpA Italy, ensured an extremely high quality, safe, and effective solution was delivered – right first time, and on time!”

“Having procured several GBC machines over many years, I have always been happy with both the product quality and performance. GBC customer service, pre and post sales, never lets them down”

“The MCA10 machine did a fantastic job on the shutdown yesterday! I’m really pleased with it’s performance so thank you for your help in recommending it”

“A pleasant and dynamic partnership, with quality and robust equipment for industrial piping, chamfering and cutting machines. Come and discover a wide range with Chpolansky France!”

“May I thank all at GBC for such excellent co-operation and willingness to help out with an unexpected problem. The finished fire pump sets are due to go out to a large LNG site in Canada”

“For any client’s cutting and bevelling requirements, we always use GBC. The products are superior with service and support to match. Nothing is too much trouble and with a worldwide client base such as ours, it is very important to have knowledgeable, dependable suppliers on which you can base your own service. We have used GBC for many years and I wouldn’t think of going anywhere else”